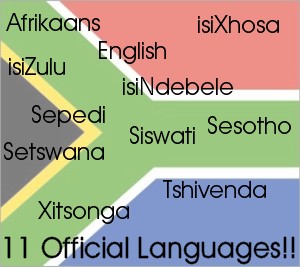 The issue of Bilingualism in our multi-cultural, multilingual country is a complex one because often the primary language of the community or school is different from the mother tongue.

Bilingualism (and tri-lingualism) is common place in many European cultures, yet the advice given to many non-English speaking South Africans in the past was often “Don’t confuse your child by speaking two languages.”

This outdated approach dictates that each parent of a child growing up in a mixed-language home adhere strictly to one language whenever speaking to the child.  Evidence shows that even willing parents are not very successful in implementing this approach. One of the reasons may be the highly artificial nature of this strategy. It is commonplace for bilingual individuals to switch between languages (code-switch) in various ways which has nothing to do with so called “language confusion.” The strict adherence of a bilingual parent to one language only when speaking with their child is therefore artificial (particularly) when both parents are bilingual.

We now know that this thinking goes against every grain of natural parenting and deprives children of their cultural and linguistic heritage.

The development of language requires exposure and practice.

This allows the child to internalize the grammar structure and rules and eventually produce sentences effortlessly. A number of potential difficulties may arise when parents DO NOT speak to their children in their mother tongue:

A common problem in our South African culture is that many children are raised by grandparents in rural areas. Once they reach school going age, they move to urban areas and into schools where the very foundation of language (which was formed through the native language) is pulled out from under child in order to promote a new language.

What we now know