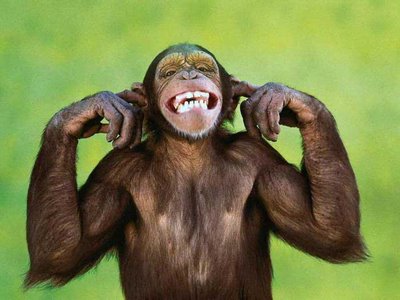 One of the biggest complaints that I hear from teachers as children enter a more formal learning environment, is that the children do not know how to listen.

The passive nature of hearing is very different from the active nature of listening.  Take, for example, many of the adverts on TV. Unless they have a very catchy jingle, or something visual that draws in your attention, you are often able to “tune out” and not even know what the advert was for.

We need to ask the question WHY children are not learning to listen.

When a child does not respond to a parent’s first request (and how many kids do?), parents often subscribe to what appears to be the obvious solution – they repeat their request, sometimes several times, until they get the desired response from their child. On occasion, this is a useful tactic for parents. Perhaps their child did not actually hear the request, or maybe he was distracted and needs another reminder.

However, when repeating requests, directions or questions becomes the typical way you interact with your child, it may very well be that bad habits have developed. And I say bad habits (plural!) because both the parents and the child have developed a bad habit here. The adults have become accustomed to talking and talking and talking while their child has learned to ignore, ignore and ignore. Why should he stop and pay attention the first time when he knows that there will be many opportunities to hear the request. And the child may even have developed a “deaf ear” to all the chatter, which means that he has stopped paying attention to what is being said.

Enter the grade one classroom, and the poor teacher is faced with a whole group of children with poor listening habits.

The ability to concentrate and pay attention are key factors in being a good listener. Research has shown that too much television watching at an early age might contribute to poor listening skills later in life.

When you think about it, does your child talk much when watching television or playing computer games?

Unless they provide commentary and annoy everyone else around them, you probably answered “not much at all”.

They will sit in front of a gaming console, computer, or television and become ‘mind slaves’ to the device as they ‘switch off’ their mind into the rapid, hypnotic pace these devices deliver. Of course, we do listen while watching yet the devices deliver sound at a greater speed that is considerably more entertaining to children then the sound of nagging parents talking to them.

I have often had the retort from parents that “my child can sit for hours playing a video-game. How come you are telling me he can’t focus?”  They are correct, but the type of focus required for a video game and active listening, is totally different. Activities such as video/computer games, require a high level of concentration and reasonable skills to play. When these two are combined, time becomes distorted. Children receive instant gratification from television and video games whereas the pace of normal conversation is slow in comparison.

Some research has suggested that extensive exposure to television and video games may promote development of brain systems that scan and shift attention at the expense of those that focus attention.

This being said, TV, video games and the like are not evil. In fact there is more and more research into how technology can be incorporated into learning and the plethora of educational  ‘’apps” is testament to this. The old adage of everything in moderation and everything with MEDIATION is paramount.

One of the many reasons that anxiety in children is on the increase, is because of pressure to succeed in the school environment. Whilst this issue is the realm of the psychologist/psychiatrist, the impact of anxiety on listening behavior cannot be discounted.

Anxious children are often preoccupied with worries about their success in activities and their ability to obtain the approval of others. They tend to “tune-out” when others are talking because they are often so worried about what they are going to say when it is his or her turn to speak.