When you toddler is unintelligible. 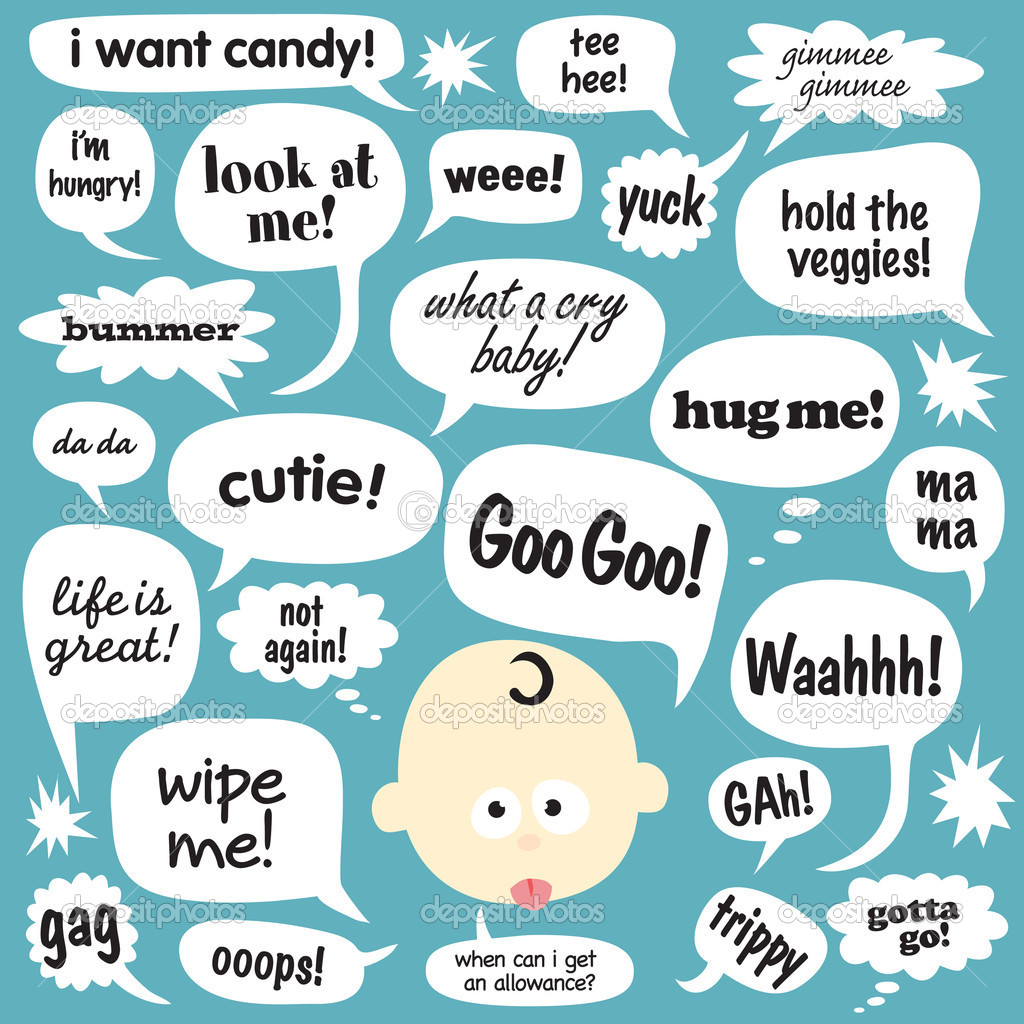 When my son was a toddler he said “doddles” instead of goggles, “tote” for Coke, and “tows” for cows. It was really cute and in fact today “doddles” has become a family word which we all use.

However, on the whole, most people understood what he was saying and by the time he was 3 and a bit, he had outgrown his speech idiosyncrasies and he spoke in clear sentences.

What my son was doing was typical of many young children because they have difficulty co-ordinating the movement of the oral and vocal muscles and they therefore simplify the production of words. These simplifications are not random but predictable. These sound pattern errors are called Phonological Processes.

Other children may leave out the final sound in words (for example,“pi” for “pig” or “ha“ for “hat.”) 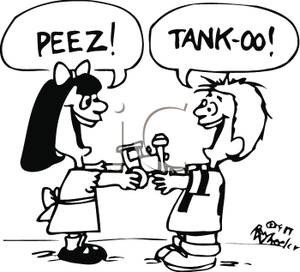 In order to identify when intervention is necessary for toddler’s speech, the following can be used as a guideline.

Many parents ask, “How should I respond if I don’t know what he’s saying?”  My advice is to reword what you think he intended to say to ask for clarification.  Hopefully, he’ll try to correct you if your guess was wrong.  Other advice is to encourage your child to SHOW you what he wants or is talking about.  If your child becomes overly frustrated when you don’t understand, you may be able to slide by with nodding or offering a general comment such as, “Oh!”  However, if your child is adamant about telling you something or asking you for things you don’t understand, “faking it” may not work.

What should you do when your child mispronounces a word?

Model the word correctly and move on.  Your child asks for, “tate?”  You say, “cake? Do you want cake?”

Being understood is an important part of communicating.  However, until a child’s language skills (sentences that he is using and vocabulary) are age appropriate, intelligibility cannot be the sole focus. Over correcting a 1 or 2 year old child’s speech errors can lead to frustration and a shutdown of progress faster than anything else you can do to a new talker.

What is the difference between articulation and phonology?

Articulation can be defined as the production of a speech sound by the movement of the organs of speech.

If any of these mechanisms are not working properly, weak, damaged, malformed, or out of sync with the rest, then a speech disorder may be classified as an articulation disorder. The age at which a child generally masters specific sounds is tabled below

This chart depicts a range of development and should only be used as a general guide. 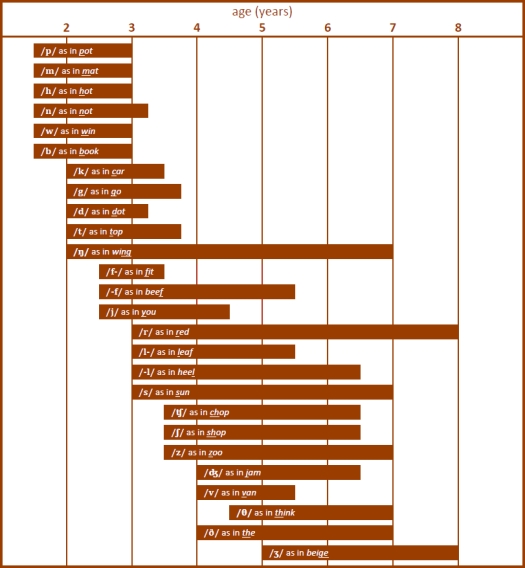 Phonology, as discussed above, encompasses the rules of the sound system of language. Some children outgrow these errors; whilst others have errors that persist. This could make speech virtually unintelligible and negatively impact the child’s academic and social success.

Phonological Processes are typically gone by these ages (years; months)

Your child’s age and intelligibility are key determinants in deciding the course of treatment in most instances.

When in doubt, check it out!

The earlier intervention occurs, the less the chance of compounding difficulties developing.