I go to Checkers and I buy…. 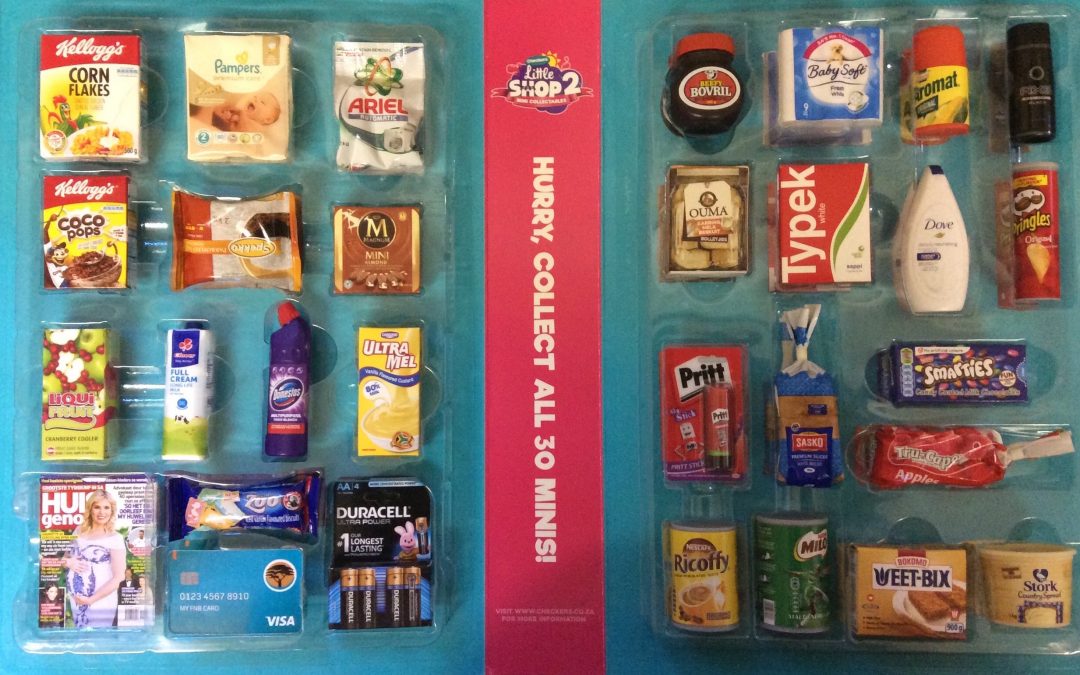 Last year I used the Checkers  #littleshopminis to work on early literacy skills with a group of Grade 0 children. You can see how I did this over here

This year, Checkers sent me a full set of #littleshopminis which I used for working on Augmentative Alternative Communication – AAC. Evidence based practice for AAC is called Modelling or Aided Language Stimulation.

The activity allowed opportunities for AAC modelling and a number of other skills.

There are a number of DO’s and DON’Ts for modelling AAC. 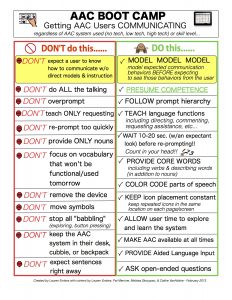 In the first part of the session, I modelled the carrier phrase and core words. I used visual and verbal prompts to help the student locate the items we had each chosen to buy. Whilst the core vocabulary is most important for language development, the fringe vocabulary, was the motivating part of the task for the student!

The second part of the clip, is the memory task, where the student had to recall all the items we bought and use the AAC more independently.

The student is using Touch Chat with Word Power

*NOTE – No hand-over hand prompting was done, but the student has poor motor control for selection of icons and both the facilitator and myself are providing wrist support.  I would love to hear of any ideas for facilitating better access.

In order to become an effective communicator, AAC needs to be modelled. Modelling requires practice from everyone in order to become ‘fluent’ in the language.  AAC users cannot learn how to effectively use their AAC system for communication if they do not see it used regularly and reliably by others in their world.

Despite knowing the Do’s and Don’ts of modelling AAC, I still made a number of errors which I have highlighted in the clip. I tended to provide too much prompting and/or not enough time for the student to respond. Videoing myself was a great learning experience for me, and a way to learn and grow.

I would love to hear how you are using your minis?