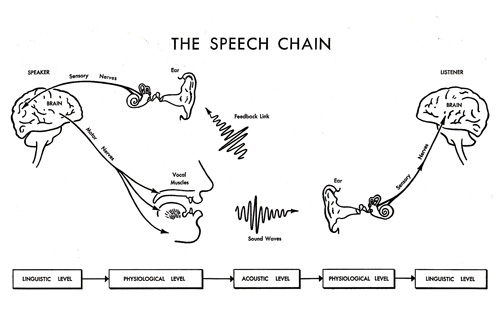 The act of speaking is a highly sophisticated one! It involves transmitting the message from the brain to the muscles   of the mouth, face, tongue, and soft palate. Any interruption along this pathway may cause  Apraxia of Speech.

Childhood Apraxia of Speech (CAS) is a motor speech disorder. There is no weakness of the speech muscles, but they don’t perform normally because the brain has difficulty planning and/or coordinating the precise movements necessary for speech.

As a result, even though the child knows what he wants to say, he cannot say it correctly at that particular time.  At that particular time, the motor plan to say the sound or the word is not accessible. Often, the child will be able to produce a sound or word at one time and not be able to say is again when he wants to. A parent may hear words when the child is playing alone, but when asked to say the same word, he can’t. This can be very frustrating for both the child and the parents.

CAS may be caused by:

Often, the cause is unknown.

Recent research also suggests that the children with apraxia may have difficulty with sensory feedback.

It is important to note that while CAS may be referred to as “developmental apraxia,” it is not a disorder that children simply “outgrow.” For many developmental speech disorders, children learn sounds in a typical order, just at a slower pace. In CAS, children do not follow typical patterns. There is no cure, but with appropriate, intensive intervention, significant progress can be made.

Signs of Childhood Apraxia of speech?

Not all children will present with all of the signs. General things to look for include the following:

(E.g. may not like toothbrushing or crunchy foods, may not be able to identify an object in their mouth through touch)

As with most speech disorders, the exact treatment routine will vary based on the severity of the child’s speech apraxia.

Children with CAS usually benefit from frequent and intense therapy as early as possible.

Treatment based on strengthening the oral muscles will not benefit the child with CAS.  The  focus of intervention needs to be on improving the planning, sequencing, and coordination of muscle movements for speech production.