12 Games to Improve your Memory 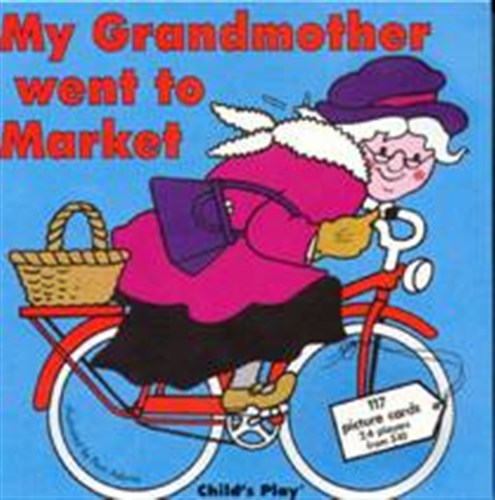 It must be remembered that everyone has a learning style that is best suited to them. Some people may find that they have a dominant style of learning, with far less use of the other styles. Others may find that they use different styles in different circumstances. There is no right mix. Nor are your styles fixed.

You can develop ability in less dominant styles, as well as further develop styles that you already use well.

Using multiple learning styles and multiple intelligences for learning is a relatively new approach. By recognizing and understanding your own learning styles, you can use techniques better suited to you.

There are three basic learning styles

Auditory learners would rather listen to things being explained than read about them. Reciting information out loud and having music in the background may be a common study method. Other noises may become a distraction resulting in a need for a relatively quiet place.

Visual learners learn best by looking at graphics, watching a demonstration, or reading. For them, it’s easy to look at charts and graphs, but they may have difficulty focusing while listening to an explanation.

Kinesthetic learners process information best through a “hands-on” experience. Actually doing an activity can be the easiest way for them to learn. Sitting still while studying may be difficult, but writing things down makes it easier to understand.

A previous post touched on some strategies to improve memory. In order to internalise these strategies and use them effectively, they must be practiced. Some fun activities which can be used are discussed below.

The activities are graded according to difficulty.

They gradually strengthen the child’s ability to focus on what is heard, to attend to detail and to discriminate different sounds.

The skills build on each other. Keep playing them until your child finds the games too easy or gets bored with them, then move on.

1. Singing in Your Head

Choose a children’s song with actions, such as “Incy Wincy Spider”, and join your child in singing the song – first out loud, then silently, in your heads, while still doing the actions. Do this with as many songs as you can. Try to ensure that the child is saying all the words and not just mumbling the words.

This helps a child develop internal rehearsal skills, which are helpful for short-term memory.

Tap a pencil on a table, have the child tell you how many taps he heard. Start with three slow beats. Show how to count out loud along with the taps, then show how to count them silently, in your head. Take turns beating/giving answers. When child catches on, add more beats. Have him make taps while you count, too.

Tap or clap a short rhythm pattern for your child to repeat (such as – two slow claps, then two fast claps). When your child catches on, vary the timing and loudness of claps to make new rhythm patterns.

This game can be increased in difficulty by not allowing the child to watch you clapping.

Allow the child to be leader then purposely make a mistake to see if the child can retain his own pattern. Other materials can be used, such as a drum, pot, sticks, or tapping of a foot.

Take turns making statements that have a silly mistake in them, such as “The dishwasher washes clothes”, or “Horses have four wheels”, or “The radio was too loud, so I turned it up”. You can play this as a game… or just do it randomly — for a humorous touch. (When it’s your child’s turn to make up a sentence, be sure to “miss” some of the mistakes to make it more fun).

This is the classic game where the person who is “It” calls out directions that must be followed. The player(s) must be careful to only comply when the directions are prefaced by the phrase “Simon Says”.

Not responding when directions are given requires a lot of impulse control, and your child may need another year before he or she is ready for that rule.

Try to include directions that involve both sides and the whole body, such as, “Touch your ear. Now, with the same hand, touch your other ear” “Use your right hand to touch your left knee”, “Stand like a teapot” (one hand on hip, other in the air), “Crawl like a puppy”, “Do 3 jumping jacks”.  This engages the auditory and kinesthetic learning.

Pretend you are calling your friend – what is her number? You can use a toy phone to add interest to this game. Take turns making up strings of numbers for the other to repeat.

Attach melodies and rhythms to strings of numbers, then have your child repeat them. Try a cha-cha or a conga beat, the intro to Beethoven’s 5th, or the melodies from popular songs. Show your child how strings of numbers can be remembered more easily when associated with a catchy tune. Try the Telephone Number Game using this technique.

Using visual imagery (often absurd images) assists with recall. Help the child initially to create the visual image and then encourage the child to start creating their own images.

This is a group activity to learn people’s names. Play it first with groups where the children  are familiar with each other (so it won’t be too hard). Each person says their name, and something they like, such as “I am Michael, I like trains.” The next person must repeat what previous people have said, then add their own name and what they like. “Michael likes trains. I am Sarah, and I like playing the piano.” The next person will have to say, “Michael likes trains, Sarah likes piano. I am Zach, and I like soccer.”

This game is challenging for many children as it requires each child to come up with something unique about themselves.

Give the child a number of  “forbidden” words (e.g. blue, round, rain).  Then read a short passage or story that contains several of the “forbidden” words.  The child has to “bleep” whenever they hear a “forbidden” word. This can be done at home when reading a bed-time story.

Variation:  Select a volunteer to be the “bleeper”.

Variation: Select a “forbidden” word (or more than one) that lasts throughout the whole day.

Challenge the child to remember a short sequence of (random) numbers – which they then have to recall in reverse order.

Starting sequences may contain only 3 or 4 numbers but pupils will soon be capable of recalling longer sequences.

Variation:  Alternatively, you can use letters – or words – instead of numbers

These are simply some fun ideas to work on memory in a game.

There are a variety of Apps available to stimulate Auditory Memory and I will be looking at some of these in the coming weeks. 🙂