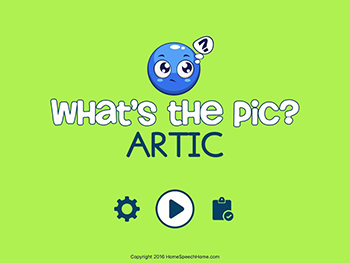 Articulation often requires drill and practice. What’s the Pic? Artic from Home Speech Home  is a fantastic way to practice speech sounds in a fun and exciting way!

If you are sceptical about how drill and practice can be exciting, here is how it works:

What’s the Pic Articulation has 25 sounds in initial, medial, and final positions, including L, R, S blends, and Vocalic R. 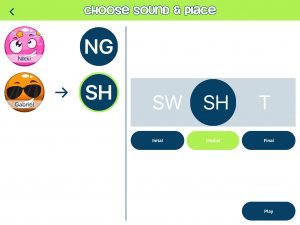 A target picture is displayed with a varied number of times the player must say it.

The settings allow the user to activate/deactivate the sound activation.

A star lights up each time a word is said and  a piece of the hidden picture is exposed.

In order to proceed to the following word, the correct/incorrect button must be selected after each production. 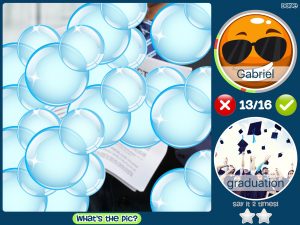 The aim of the game is to try and guess the hidden picture as quickly as possible.

My students LOVE this game and they do not even notice the drill. 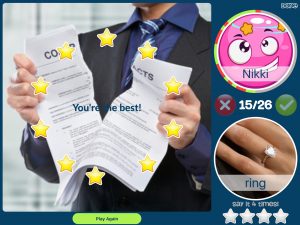 BUT, this game is brilliant with the sound setting ‘off.’

The game can be played with up to 6 players so I ‘compete’ with the student to see who can guess the hidden picture first.

We each have a turn to produce the target word and we evaluate one another’s production. This allows me to get a lot of discrimination practice in because I can make errors   😉

The app generates a report based on the number of correct productions for the sound. There is also an option to add notes. 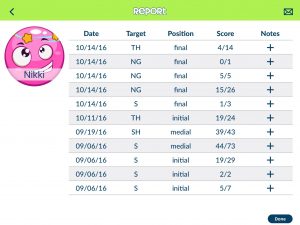 This app is such fun! Even though some of the hidden pictures were fairly difficult to guess, it was an opportunity for discussion, providing synonyms and expanding on vocabulary.

The number of repetitions for each target word varies and creates an element of fun.  I am usually able to coax the students into doing an extra production (or two) if they did not get it correct.

There are a great variety of sounds that can be targeted.

The ability to have multiple students working on different sounds in one game.

The report gives you an overall picture of the student’s progress in the session.

I would love to be able to change the ‘sound activation’ feature into a record feature so that students can evaluate their own production.

I would like to be able to activate/de-activate the sound feature within the app so that it does not pick up ambient noise or conversations. This would allow me to use this unique feature of the app.

I would like to be able to target a sound in all three word positions. At this stage, sounds can only be targeted in in one position of the word.

Whats the Pic Artic is only $4.99 on the App Store and well worth it!!

Thank you to Home Speech Home for providing me with a copy to review. All opinions are my own.